One of the great Disney composers, Charles Wolcott worked at the Disney Studio from 1938 to 1949.

Born in Flint, Michigan, on September 29, 1906, Wolcott graduated from the University of Michigan and was prominent in intercollegiate music in the early ‘20s as the leader of his own orchestra, Charles Wolcott & His Wolverines.

From 1925 to 1927, he was pianist and arranger for the Jean Goldkette Band, which was based in Detroit and featured such members as Bix Biederbecke, Frankie Trumbauer and Miff Mole.

From 1932 to 1936, he lived in New York and arranged for the top bands in the country, those led by Paul Whiteman, Benny Goodman, the Dorsey Brothers, and Johnny Green. He also arranged for the Burns & Allen and Al Jolson radio programs.

In 1937 he moved to Hollywood and continued working in radio, notably for Rudy Vallee.

In 1938 Charles Wolcott joined the Disney Studio to work on Pinocchio, then tackled Bambi, The Reluctant Dragon, Saludos Amigos, The Three Caballeros, Make Mine Music, Song of the South, Fun and Fancy Free, and The Adventures of Ichabod and Mr. Toad. He was part of the group that went to South America with Walt in 1941. From 1944 to September 12, 1947, Wolcott served as general music director of the Studio. […] 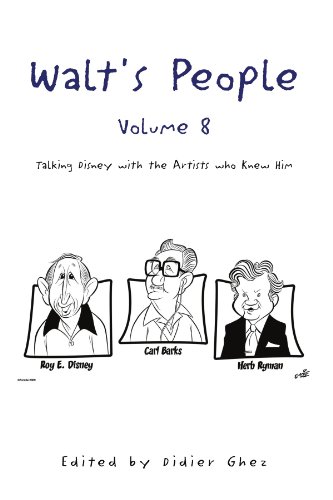