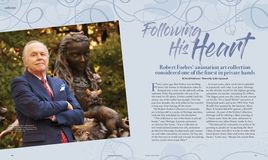 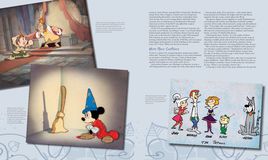 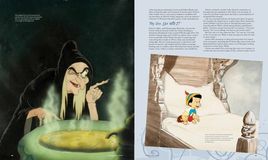 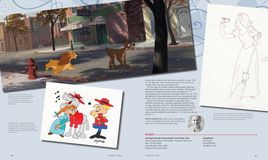 Forty years ago, Bob Forbes was strolling down 3rd Avenue in Manhattan when he bumped into a man on the sidewalk selling authentic Porky Pig animation cels out of an old trunk for $5 apiece. Forbes couldn’t pull the money out of his wallet fast enough. Over the past four decades, the avid collector has traveled a long way from buying off the street.

The Robert Forbes Collection of animation art is being sold in a series of Heritage auctions, with the first scheduled for this December.

“This collection is one of the finest in private hands,” says Heritage Auctions animation art director Jim Lentz. “It is a collection of rare hand-painted production cels, animation production drawings, backgrounds and concept art and other animation art rarities. He has one of the best eyes in world and a knack for picking out key scenes from iconic films.

”In recent years, these works have exploded in popularity and value. Last June, Heritage set the all-time record for the highest-grossing animation art auction, surpassing $2 million. The biggest prize was the castle facade concept art for the “It’s a Small World” attraction at Disneyland parks and at the 1964 New York World’s Fair painted by the luminary Mary Blair. It fetched $66,000 against a $10,000 estimate. (As part of the Forbes Collection, Heritage will be offering a Blair painting of a Venice scene from the same attraction in addition to two other Disney works by her.)