Main Topic: We're would we be without our Guests?? And this week is no different! Jeff Sherman is on the show to talk about his life as a Sherman and growing up in the "Sherman Brothers" environment!

A UCLA Film School graduate, Jeff wrote the feature films "The Soldier" and "Up the Creek." And has written on many other movies such as "Revenge of the Nerds III" for interscope, and "Respectable" for Norman Lear and Disney, along with so many others.

One of my favorite pieces Jeff has done is with his cousin Gregg, they directed and produced the acclaimed 2009 Walt Disney Pictures feature documentary, "the boys: the sherman brothers' story" about his legendary father and uncle. 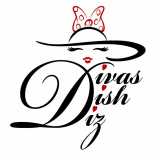