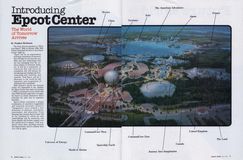 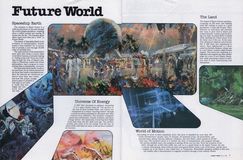 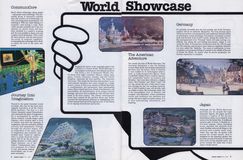 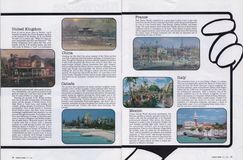 The most obvious question is “What is an Epcot?” Well, in October 1966, Walt Disney described his idea of what Epcot Center might be:

“Epcot will be an experimental prototype community of tomorrow that will take its cue from the new ideas and new technologies that are now emerging from the creative centers of American Industry. It will be a community of tomorrow that will never be completed, but will always be introducing and testing and demonstrating new materials and systems. And Epcot will be a showcase to the world for the ingenuity and imagination of American free enterprise.”

Walt Disney’s dream has become reality. It’s impossible to say whether the Epcot Center that opens on October 1, 1982, is consistent in every detail with what Walt himself might have wrought, but there’s no doubt whatsoever that it embodies the spirit that its originator intended.

Epcot Center represents a unique combination of innovative imagination and technical virtuosity. Disney’s “Imagineers” have created a new dimension of pleasure, excitement, amusement, and education. From Opening Day onward, Epcot Center will be the standard by which all such undertakings will be measured, and future phases will further expand even the current level of appeal. Until now, there’s never been anything remotely like Epcot Center; and it’s unlikely there ever will be again.