BOB THOMAS: What did you learn here with Walt?

FRANK THOMAS: He had made a big reputation. One of the best things about the early shorts was the development of a comic situation and a comedian, which at the time I thought was pretty easy, but it’s not. It’s extremely difficult. And over the years, to digress a little, we gradually realized that things are funny only because of who they happen to. Very few things are funny in themselves. Marcel Marceau gives quite a demonstration of this: of a guy, a bird flies over and drops something on top of his head. Here’s a guy who’s all beat up, he’s starving, he has been standing in line for a handout, there’s no handout when he gets there. He’s a pathetic figure, the bird drops on him, and you don’t laugh. You got another guy who’s cocky, who just pulled a big deal and he gets hit by the bird: It’s funny. And it goes for the same things: a guy slipping on a banana peel, a guy tripping, a guy stepping on a nail, a guy sitting on something. And when you know that something is going to happen, the audience sees a thing set up: there’s a tack left in the seat and a guy is going to sit down and something keeps interrupting him. You build up this and it’s because of who the guy is, that it is funny. This was accumulated over the years, at the time I did not know. Because I thought that it was easy to make things funny. Walt did it with Pluto, and he did it with Mickey, and he did it with Donald Duck, and with Goofy, and it always seemed easy to do.
[...] 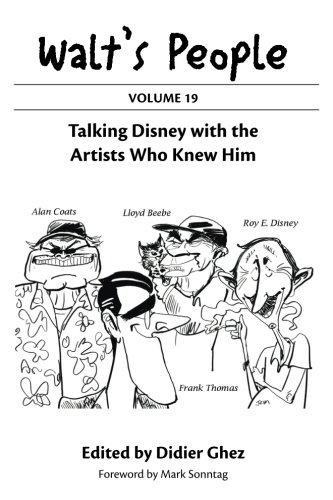