Dave Bossert and Aljon Go chat with Music Producer and former Walt Disney Music President, Chris Montan about his award-winning career producing soundtracks, musicals, as well as TV and film scores. As the former President of Walt Disney Music he was responsible for overseeing music for a wide variety of Disney projects including all Disney and Pixar animated feature films, all Disney Theatrical stage productions, as well as the music for Walt Disney Theme Parks and Resorts worldwide. Additionally, he served as executive music producer for all of the Studio’s animated features and works closely in the story process as well as helping to select musical talent. Among his accomplishments, Variety named him “musical supervisor of the decade" in 1997 for his work on such soundtracks as “The Little Mermaid,” “Beauty and the Beast,” “Pretty Woman,” "Sister Act,” “Aladdin,” “The Lion King,” “Pocahontas,” "The Hunchback of Notre Dame,” and “Hercules.” He has been nominated for multiple Grammy® Awards and won Best Original Cast Recording for “Aida," and Best Compilation Soundtrack For Visual Media for “Frozen.” Under his guidance, the Walt Disney Studios has garnered an unprecedented 42 Musical Academy Award® nominations, and 16 Academy Awards in the “Best Song,” "Best Score,” and "Best Musical" categories. 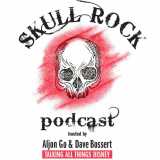