There’s so much to cover from Disney’s rapid expansion during what Michael Eisner named “The Disney Decade”. Beginning in the late ’80s and progressing for more than 10 years, it was an exciting time for both fans and the people that created the parks. Chris Runco was part of many of the big projects from that time period while at Imagineering. During more than 45 years at Disney, he witnessed the expansion firsthand and played a key role in that growth. On this episode of The Tomorrow Society Podcast, Chris returns to dive further into his remarkable career.

After briefly covering the Star Tours premiere, [they] chat about the development of concepts for Typhoon Lagoon. With the name already in place, Chris and other Imagineers created ideas for the park’s overall theme. His “Typhoon Tilly” concept helped create the formula of the detailed water park. On the episode, Chris describes the process for landing on that concept and visiting other parks for research purposes. He also worked closely on Grizzly River Run and that entire area for the original Disney California Adventure. [They] talk about some challenges with the initial park and how Grizzly Peak ultimately became a successful themed land.

Chris was also part of the design team for the Pirate’s Lair updates to Tom Sawyer Island in Disneyland. They faced a tight turnaround for the project, which needed to coincide with the franchise’s next big film. [Dan ...] enjoyed learning about the two Monster’s Inc. attractions in California and Tokyo. In particular, Chris’ story about updating the Ride and Go Seek! attraction in Japan was a lot of fun. The original version confused some guests, so they made some changes to explain the game play and enhance the experience. [They] conclude by discussing Chris’ involvement with supporting women in engineering and his key mentors at Walt Disney Imagineering. 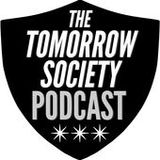