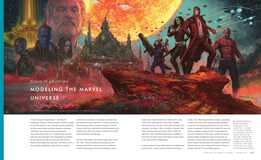 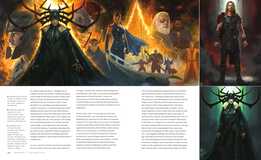 It was all a grand experiment the Marvel Cinematic Universe. Marvel Studios created a ripple in the film industry over a decade ago by repeating an idea comic books had been doing for decades- creating a vast universe of interconnected characters and stories. It's a simple idea, but one that was once thought to be impossible to achieve on the big screen. But in 2008, Iron Man hit the theaters and disproved that idea. And then in 2012, the ultimate validation came with The Avengers, and set the course for a cinematic universe that has lasted for over a decade. It's now 2019 and the third Avengers film, Avengers: Endgame, has hit theaters and has captivated a world audience (and broken box- office records) in a way no one could have predicted a decade ago.

For me, it all began over twenty years ago. It was the '90s. I was an adolescent growing up and going to school in a sunny Southern California suburb, dreaming of one day becoming a comic  book artist. Comic books were HUGE in the '90s. I was a die-hard Marvel Comics fan, reading everything from Iron Man, West Coast Avengers, The Avengers, Uncanny X-Men, Excalibur, to Spider-Man (The Amazing, The Spectacular, Web of, AND the adjective-less Todd McFarlane one). I dabbled a bit in the DC world, but it was Marvel Comics that truly captured my imagination.