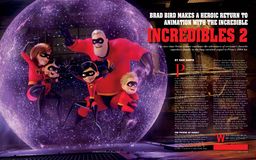 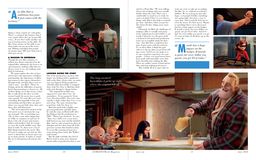 Pixar’s most beloved and “super” family, the Parrs, blasts onto screens once again with the release of Incredibles 2, director Brad Bird’s follow-up to his 2004 Oscar-winning animated superhero adventure. Incredibles 2 will open in theaters in the U.S. and have its French premiere at Annecy on June 15. It will not be a good day for raccoons.

Much has changed at Pixar and in the animation business since 2004, when Bob, Helen, Violet, Dash and Jack-Jack first delighted audiences worldwide with their superhuman powers and quintessentially human frailties. For starters, the studio is now part of the Walt Disney Company, no longer the upstart juggernaut that defined CG animation. In addition, the studio is home again to prodigal sons Bird and Andrew Stanton (Finding Nemo, Finding Dory), both of whom returned to write and direct sequels to hugely successful animated films after leaving Pixar for the bright lights and big city of the live-action world.