[Bill “Sully” Sullivan] told [Jim Korkis] about an interview he had arranged with Walt’s widow, Lillian, at the dedication of Epcot Center where Sully was running Operations and would later become director of the park.

Sully had known the Disney family quite well and they liked him. One of his responsibilities when he worked at Disneyland was making sure Walt’s apartment above the firehouse was always stocked with Scotch for Walt and Red Dubonnet wine for Lillian, who loved the color red.

Sully told me, “For the dedication ceremonies at Epcot Center, Mrs. Disney came down with [her daughter] Diane and [Diane’s husband] Ron and we thought it would be a good idea to do an interview with her about Epcot to share with the cast.

“I saw Diane driving around the property in a pargo [electric golf cart] with her mom and daughter. I asked her if her mom might be willing to do a quick interview. Mrs. Disney never did interviews. Diane said, ‘I don’t know. Let’s go ask her.’ 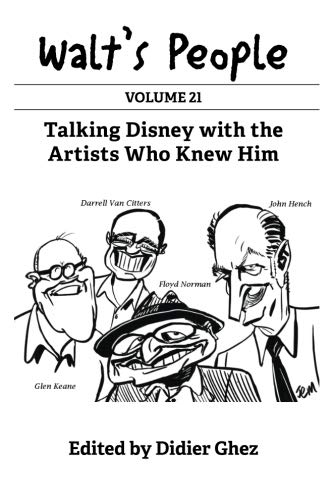