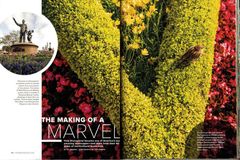 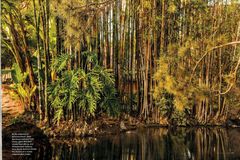 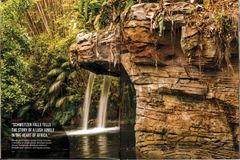 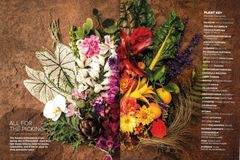 Everybody knows Disneyland is all about family fun. It's also one of the smartest horticultural achievements in American history. The most astonishing thing of all: More than 60 years ago, it was all built entirely from scratch.

The resort includes two parks, Disneyland and Disney California Adventure, which together consist of around 150 acres of meticulously groomed gardens: 18,000 trees from 439 species, more than 100.000 shrubs and 30.000 perennials, and nearly 1 miliion annuals – in all, the park comprises more than 800 species from 40 countries. The plantings have the variety and richness of a botanic garden. It's a great place to appreciate America‘s horticultural history and the beauty of the plants.

This horticultural achievement was no accident. Kim Irvine, Walt Disney lmagineering art director for Disneyland park, describes Walt Disney’s original vision: "Walt described his park concept as a play on a stage or a living motion picture. Each "set" would tell a story that guests could move through and be part of." And a team of horticulturists, designers, and Imagineers has realized that vision through design, plantings, and maintenance and landscape care. To execute his concept, Disney connected with Morgan ("Bill") and Jack Evans, brothers in a local family nursery who had developed and maintained Disney’s home garden in the Los Angeles neighborhood of Holmby Hills. Jack had a heart attack soon after the park opened in 1955, and Bill remained on the job of landscaping the park, later becoming its director of landscape architecture. He continued to be a visionary force behind Disneylands groundbreaking horticultural achievements until he retired in 1975 (he stayed on to consult on the design of Tokyo Disneyland and other Disney properties).