Pixar isn't used to playing the dark horse, but that's where the animation powerhouse currently finds itself in this year's Oscar race with "Brave." But last night the Scottish mother/daughter adventure/comedy won the Golden Globe and seized some momentum over its two Disney rivals, "Frankenweenie" and "Wreck-It Ralph." Hard to say how much of a bump it'll get in this wide open race, but now Academy voters have further incentive to reevaluate the season's biggest animated box office hit ($237 million domestically and $535 million overall).

Although "Brave" didn't win over a lot of critics (who didn't care enough about the central conflict or didn't like the broad humor), there's no denying the dramatic risk it took with its mother/daughter crucible. This is rare for animation and it certainly broke new ground for Pixar with its first female-centric story. Credit the original director, Brenda Chapman, who turned the princess tale on its head by tapping into her own personal experience with her daughter. At its core, "Brave" is about a teenager at odds with her mother because she thinks she's holding her back, while the mother is unable to instill a sense of responsibility, but wrapped in a medieval Scottish tale with magic and curses, a demon, and bickering clans.
[…]
Director Mark Andrews, who replaced Chapman after "Brave" became too complicated, recently discussed the challenges of honing it down while staying true to her vision. "I didn't want to mess with the heart of the story because we were all behind it and we all believed that it could work," he suggests. "But, for me, as a storyteller the philosophy that I've learned while being mentored by Brad Bird and Sam Raimi is to make everything integral. As the opening narration says, you can't tug on one piece without affecting the other piece.

"And so that meant tweaking the themes of duality that are in there, and making sure that not only the lords were integral to the story but also their sons as well; that Mor'du [the demon bear] and his tale represent the dark aspect of what Merida is going through and lining them up correctly so that they resolve at the same time; dealing with the issue of magic so that it makes sense; taking the Scottishness and pushing it to see how far we could go and how much fun we could have with it; or how far you could push the humor as a release value, especially with the triplets."

Andrews also improved story points. For instance, when Merida turns her mother, Queen Elinor, into a bear, the transformation initially occurred outside the castle. But by moving it inside the castle he raised the jeopardy. "You've got a bunch of guys who kill bears for a living inside there, so that created a lot more opportunities."
[…]
The biggest change is that, as a director, Andrews knows they can do anything. You can do hair and fur and cloth and you can have characters touch. "The trick now is to be more nimble," he says. "The job is no longer to build things but to change things."

And that was "Brave," which was all about change. 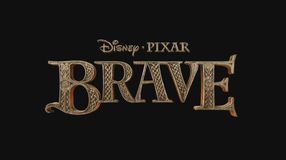