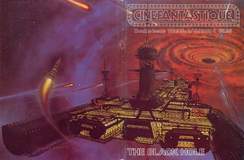 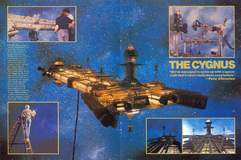 Walt Disney’s Studio is based in Burbank, an otherwise bland Los Angeles suburb which also harbors the Warner’s lot and the local NBC Television afliliate. Standing in the studio’s parking lot on a clear day (a rarity in this part of the San Fernando Valley, where the smog is at its hellacious worst) you can see, just beyond a ribbon of the ubiquitous freeway, a portion of Forest Lawn Cemetary, that celebrity-studded necropolis which undulates on the stark hills boxing in the studio to the south. Buena Vista Drive is the studio’s western perimeter; here you’ll find St. Joseph ’s Hospital – where Disney died – facing directly across the street from the low red brick wall that seals the lot’s fantasies in and the public’s out.

But once you’re cleared through the simple sentry post, you enter the lot proper on foot to find it’s – green. Neatly trimmed lawns, trees, bushes – most studios are stark, dreary aflairs, concrete and ugly functional buildings everywhere. Not here – the Disney effect most resembles a small, rural college campus. Its low bungalows and solid blocks of 4 sound stages are tidily arranged, painted in pleasant creams and light browns. It’s a reassuring, comfortable atmosphere – everyone smiles – the only jarring architectural note being the relatively new Roy Disney Building, a multi-storied concrete and glass administration complex dominating a corner of the lot.

The Disney Studio also has its own fire department and post office. In fact, from the more important technical viewpoint, it has nearly everything. Its inhouse facilities are enormous, and for the past six years, at one time or another, virtually every one of those departments has been involved with THE BLACK HOLE, a $20 million attempt to cut through every possible sector of the viewing public. Tack on an estimated $6 million ad budget and THE BLACK HOLE becomes Disney’s most expensive gamble to date, a deadly serious stab at recouping the kind of audience it hasn’t had since MARY POPPINS.

THE BLACK HOLE is the studio’s first major leap into the SF field. It should be pointed out that while 20,000 LEAGUES UNDER THE SEA – a film THE BLACK HOLE resembles more than a little bit – contained certain generic elements, it finally emerged as a fast-moving Victorian fantasy. MOON PILOT is an even better example of Disney’s prior approach to the SF field; its space-age premise was nimbly side-stepped in order to concentrate on an essentially sitcom-ish scenario. But with THE BLACK HOLE, Disney has flung itself at the big-budget science fiction effectsfilm bandwagon with a vengeance. Its formula for success begins with one of the most prestigious grouping of proven special effects men in the business – it’s not stretching things too far to say that there’s an Oscar attached to nearly every one of them. Then add a cast of actors not normally associated with a Disney product. Both Maximilian Schell and Ernest Borgnine bring Best Actor Awards to their roles (two more Oscars), and Anthony (PSYCHO) Perkins and Yvette Mimiuiex (THE TIME MACHINE) add that fillip of nostalgia for their work in past fantasy/SF productions. Combine all this with a briskly adventurous script that calls for the full flexion of the Disney effects muscle and you have all the possibilities of another Disney classic – or the most costly blunder the studio’s yet undertaken (the fact that THE BLACK HOLE is the first PG rated Disney-produced film in the history of the studio is a nice little bonus too).
[…]