Star Wars Land is officially under construction at Disneyland. This week, to make way for the 14-acre addition to the park’s northwest corner, several sections of the park were closed—some temporarily, some permanently. The Rivers of America will be drained and rerouted, resulting in a shorter trip around a smaller Tom Sawyer Island. That project will take at least a year, which means no Mark Twain, no Columbia, no canoes, no island rafts and no Fantasmic! during that time. The Disneyland Railroad will also take a hiatus so the track around the river can be reconfigured. Big Thunder Ranch and the Big Thunder BBQ: gone forever, their footprints expected to become the gateway to Star Wars Land.
What will we get when the dust finally settles? The largest single-themed land expansion in Disneyland history, featuring two E-ticket attractions: one that puts you in the middle of a battle between the First Order and the Resistance, another that puts you behind the controls of the Millennium Falcon.
The changes don’t come without controversy, though. While many hail the arrival of a galaxy far, far away at the Happiest Place on Earth, others are less than enthusiastic, feeling this is a sea change that alters the very core of what makes Disneyland Disneylan – hat my first guest, Disney historian Sam Gennawey, calls the park’s historic DNA. I spoke with Sam a week ago, when guests were still clamoring for one final float around the river and one final grand circle tour. I also spoke with multimedia reporter Mark Eades with the Orange County Register. Mark has written extensively about Disneyland and is a former Imagineer himself. He knows his stuff.
Sam Gennaway and Mark Eades offer two distinct viewpoints about what may be the most significant expansion in Disneyland history. They’re my guests today in The Mouse Castle Lounge. 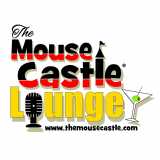