Here is how we trace the imagination and ability in Disney—take Ken Anderson, for example. On January 10, 2010, I (John Culhane) spoke at the Life Celebration in Hollywood’s El Capitan Theater of Roy E. Disney, Walt Disney’s nephew and the only child of Walt’s brother and partner, Roy O. Disney. Roy E. Disney died December 16, 2009, of stomach cancer of age 79. As head of Disney Animation, Roy helped to guide the studio to a new golden age of animation with an unprecedented string of artistic and box office successes that included The Little Mermaid, Beauty and the Beast, Aladdin, and The Lion King. The master of ceremonies of Roy’s celebration was Don Hahn, [the] producer of Beauty and the Beast, and it was Hahn who told me he how he watched and learned from Ken Anderson, when Ken was creating Elliott as Pete’s Dragon. Lucky Hahn was assistant to Don Bluth, who was assistant director on Pete’s Dragon.

To me, Walt Disney had called Ken Anderson his “jack of all trades” in 1951, when Anderson was laying out Peter Pan. Over the years, Ken used his masterful skills as architect, artist, animator, storyteller, and designer to pioneer many different areas of Disney’s broad entertainment spectrum. Pete’s Dragon was the first Disney animation in which none of the Nine Old Men, among Disney’s original team of animators, were involved. When Hahn heard Anderson say that he thought it would be appropriate that Elliott would be “a little paunchy” and not always particularly graceful when it came to flying, Hahn was hearing Disney creation happening. Anderson explained that he was always focused on challenge and growth, and his desire in animation was not so much to achieve as to “be able to constantly improve”. This reminded me that I had interviewed Anderson when he was creating Pete’s Dragon, and that interview became a stimulating example of Ken Anderson’s way of thinking when he was imagining and creating. Here it is.
[...] 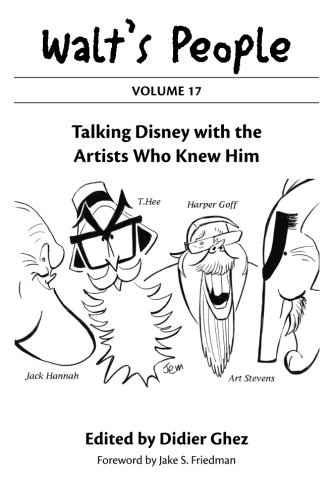