Over the years, much has been said of Walt and his drive to get Disneyland ready for opening day, but we don’t hear enough of the men behind that drive. Perhaps the most important company to Disneyland’s success was … Arrow Development

Today’s show is one of our favorites to date! We interview Dexter Francis, author of “Building Disney’s Dream“, and it’s full of not only Disney history, but amusement park history as well.

Dexter gets into the details of a company called Arrow Development, who was responsible for the designing and building of five original Disneyland rides. Over the 20 years or so after the park opened, Arrow Development had a hand in something like 15 different Disney rides, much of their work warranted patents, and literally re-defined the roller coaster, and Disneyland, as we know it.

Dexter is full of great information on not only Arrow as a business but how Walt Disney and Arrow worked together to get the park open on time. We hope you enjoy it as much as we did. For more cool stories about Arrow Development, and to grab Dexter’s eBook, please head over to his great blog on Arrow Development and all they have done for theme parks around the world!
[…] 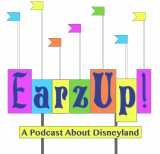