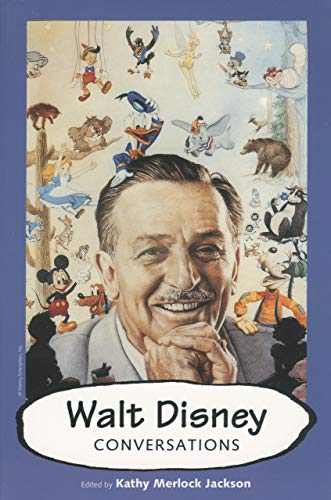 The imagination of Walt Disney (1901-1966) is still seen in theme parks throughout the world bearing his name, on numerous live-action films and television specials, on toys and assorted merchandise, and on an international corporation known both for the high quality of its creative output and its ubiquity.

Walt Disney: Conversations collects interviews and profiles of the man who created Mickey Mouse, and produced such full-length animated classics as Snow White, Cinderella, Fantasia, Bambi, The Lady and the Tramp, Dumbo, Sleeping Beauty, Peter Pan, and Pinocchio, along with countless short cartoons.

Bringing together over twenty pieces from the late 1920s to the late 1960s, this book traces Disney's career from the early classic Steamboat Willie to the construction of Disneyland, and the live-action ventures The Mickey Mouse Club and Mary Poppins. Walt Disney: Conversations shows how Disney saw his productions as shapers of popular culture and reveals how firmly he understood the issues of his time.