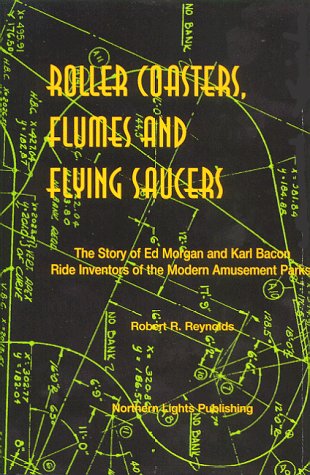 Who would have thought back in 1946 that a small, struggling machine shop named Arrow Development would change the way the world would have fun?  In today's setting of themed environments and multi-million dollar attractions, it is hard to picture what the amusement industry was like right after the Second World War. Theme parks did not exist. "Kiddielands" were popular, but small and crude. Larger amusement parks, such as those at Coney Island, were becoming a bit ragged and seedy. Valuable raw materials went to war, not to pleasure. What was left after the war was in short supply and extremely expensive.

Ed and Karl's accomplishments are indeed stunning when viewed as a whole.  Their association with Walt Disney lasted for nearly twenty years, and resulted in Arrow having a hand in numerous ride systems for Disney up until the opening of Walt Disney World. They created dark rides, boat rides, car rides, and a group of circling pachyderms named Dumbo. But the most important contribution to Disneyland by Ed and Karl was the Matterhorn Mountain Bobsleds. Before 1959, roller coasters were either wooden or small steel structures built of flat iron rails. The duo decided that to simulate a bobsled, none of these options would work.  Instead, they came up with an entirely new system, where low slung vehicles would ride on polyurethane wheels over a tubular steel track. Thus, the modern roller coaster was born. Today, every tubular steel roller coaster in the world can trace its lineage back to Ed and Karl.