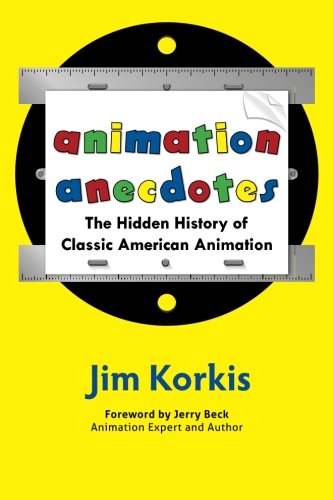 Your Cartoons Will Never Be the Same

The history of animation in America is full of colorful characters—and that includes the animators themselves! Jim Korkis shares hundreds of funny, sometimes odd, but always endearing stories about the major animation studios, including Disney, Warner Brothers, MGM, and Hanna-Barbera.

Korkis delves into little-known—and sometimes unknown, until now—tales about animation greats like Walt Disney, Walter Lantz, Chuck Jones, Ward Kimball, Ralph Bakshi, and Jay Ward. In Animation Anecdotes, you'll meet these legends at their best and at their worst, such as when Warner Brothers' producer Leon Schlesinger bought a yacht and told his animators that they weren't welcome aboard because he didn't like to sail with poor people.

When animators aren't animating, they're thinking about what to animate next—and often, their wildest dreams never get past the drawing board. Korkis also uncovers this "animation that never was", including unbelievable (as in, "seriously, they wanted to do this?") projects from Steven Spielberg, Pat Boone, David Spade, and Stevie Nicks.

Among the many anecdotes and stories in the book:

Packed with bite-sized tales to nourish your animated soul, Animation Anecdotes lays bare the creators behind the characters. Your cartoons will never be the same.