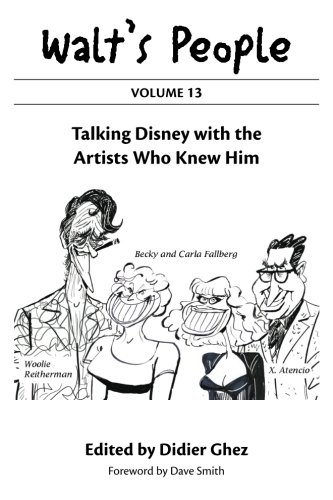 Now in its 13th volume, the Walt's People series is the pinnacle of accessible but authoritative Disney scholarship.

The series was launched in 2005 by Disney historian and author Didier Ghez to present the vast treasure trove of hard-to-find interviews with Disney artists, animators, executives, and Imagineers who either worked with Walt Disney directly or had significant influence in the development of the Disney Studios and the Disney theme parks.

And much, much more. Take your Disney knowledge to the next level with Volume 13 of Walt's People.

(Previous volumes in the Walt's People series will be re-released by Theme Park Press in late 2013 and early 2014, leading up to the publication of Volume 14 in May 2014.)