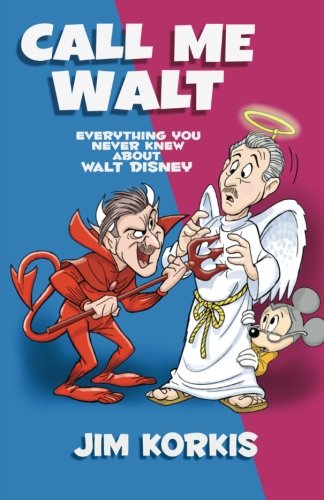 In the half century since his death, Walt Disney has picked up a lot of biographical baggage. Fans see him as a saint, critics as a fraud. Was he kindly Uncle Walt, or a racist, rapacious tycoon? Disney historian Jim Korkis puts the rumors to rest.

The story of Walt Disney has been told many times. He's been portrayed as an "American original", an "animated man", and a "dark prince." Walt was all of these things, and others besides. Who you get depends on who's telling the story.

In Call Me Walt, Korkis lets the story tell itself, through interviews, an examination of media reports, Walt Disney's own words, and a comprehensive analysis of the positives and the negatives, the facets and the flaws, that characterize everyone's life, famous or not.

Forget "Uncle Walt." Forget the "Dark Prince of Hollywood." Those are lazy labels for a man who remains fascinating because he can't be relegated to a role.

If you think you know Walt Disney, you probably don't.