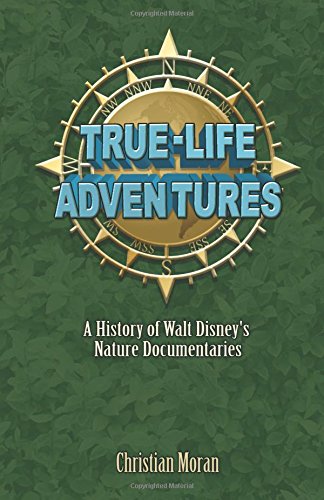 The Natural World of Disney

Many years later, Walt's commitment to nature and to conservation took cinematic form in the Academy Award-winning True Life Adventures series. These educational but entertaining films showcased the natural world that Walt loved so dearly, and that he knew must be preserved for future generations.

In this follow-up to his best-selling Great Big Beautiful Tomorrow, about Walt Disney and technology, documentary filmmaker and historian Christian Moran turns his attention to Walt Disney and nature, exploring Walt's commitment to the environment and analyzing each of the True-Life Adventures films, from Seal Island to Jungle Cat.

Moran also looks at the Disney company's continuing commitment to the environment, after Walt's death, through such projects as the Animal Kingdom, the planned Africa Pavilion at Epcot, and the Disneynature series of feature films.