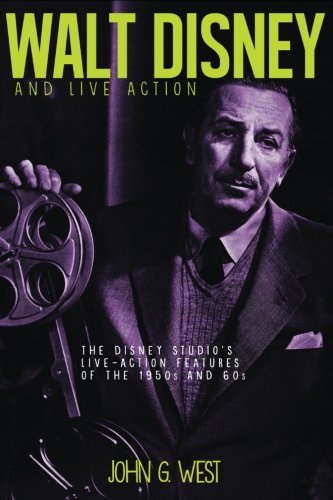 From blockbuster movies like 20,000 Leagues Under the Sea, Mary Poppins, and Treasure Island to such lesser-known efforts as Savage Sam and Monkeys, Go Home!, West describes the production of each film in detail, with backstage stories and complete cast and crew information.

The small screen output of the Disney studio is given similar treatment: over 70 episodes of Zorro, Texas John Slaughter, Davy Crockett, and other TV series are described and catalogued, along with in-depth analyses of the shows themselves.

Plus, the book features over 80 photos, many of them never seen before, including candid shots of Walt Disney in his office.