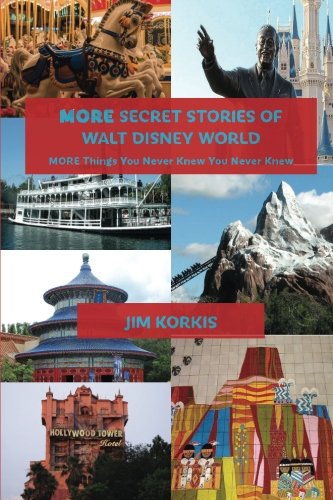 Just when you think you do know everything there is to know about Walt Disney World, here comes Jim Korkis with a new book full of stuff you won't easily find anywhere else. From the theme parks and resorts to "beyond the berm", this is the Disney that Disney forgot.

Coming on the heels of the bestselling original Secret Stories, Korkis has declared no secret off limits in this new volume. Delving into his treasure trove of lore compiled over the decades from sources both inside and outside the Disney company, and from official Disney documentation long since lost or destroyed, Korkis mainlines the most potent blend of mouse tales this side of Main Street, USA, including: