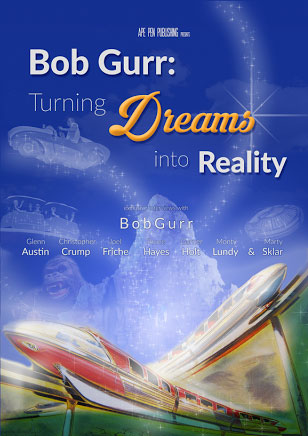 Bob Gurr: Turning Dreams into Reality tells the story of one of Walt Disney's earliest 1954 Imagineering Legends, Bob Gurr. His career spanning 45 years creating 250 projects with Disney and beyond will be explored.

Viewers will learn much about how these attractions were created from those who were there sharing these creations. Eight theme park creators who worked with Bob over these years will describe the unique ways in which he created a vast variety of attractions. The cast includes Disney Ambassador to the World Marty Sklar, Imagineering VP Craig Russel, Imagineer Chris Crump, and many others.