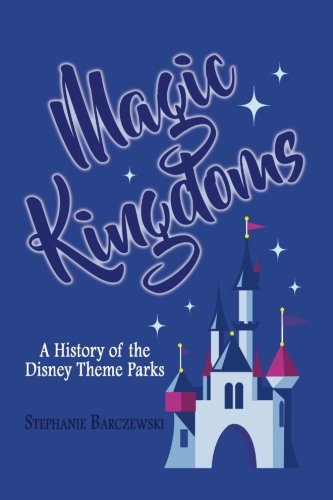 Disney the World Over

Clemson University professor Stephanie Barczewski delivers a scholarly but accessible comparative history of the Disney theme parks, from Anaheim to Shanghai, with a focus on the engineering, cultural, and political challenges that Disney overcame to build its "happiest places" across the globe.

From their genesis in the orange groves of California and the swamplands of Florida to their globalization in Japan, France, Hong Kong, and China, the story of the Disney theme parks is a thrill ride in itself. Barczewski starts her tale in the 1920s, when a young Walt Disney, full of dreams but still shy of success, first envisioned what many years later became Disneyland.

Unlike other books that delve into the details of a single theme park, Magic Kingdoms is a broad narrative about how each Disney park led to the next, and the unique challenges that complicated—and in some cases nearly halted—their creation.

Featuring a cast of characters that includes artists, Imagineers, politicians, business moguls, and of course, Walt Disney himself, plus dozens of photos, Magic Kingdoms provides the big picture of Disney's theme park empire.