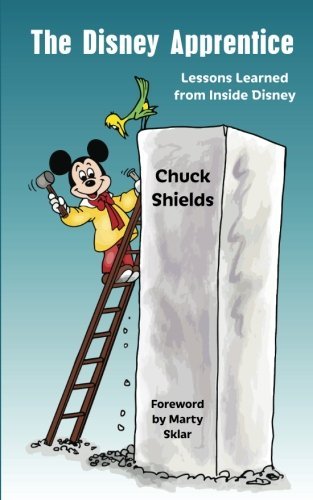 From his start as a submarine captain in Disneyland during the summer of 1967, until his final years with Disney as a vice president of Imagineering, Chuck Shields discovered the methods behind the magic. In his long-awaited book, he tells you how to put those methods to work for your organization.

How did Disney become one of the most successful enterprises in history? Through a broad set of inspired principles developed over the decades and integrated into a customer-centric company culture. Chuck Shields not only learned these principles during his 22 years with Disney—he created some of them.

In The Disney Apprentice, Chuck takes you through his Disney career—and beyond—sharing stories and "lessons learned" that will help you tap into the Disney magic. Chuck's highlights include:

MAKE YOUR ORGANIZATION AN E-TICKET ENTERPRISE!