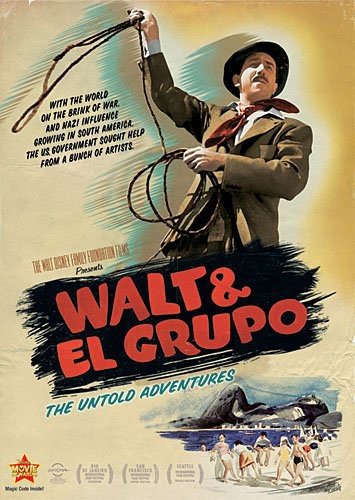 For ten weeks in 1941, Walt Disney, his wife Lilly, and sixteen colleagues from his studio visited nations in Latin America to gather story material for a series of films with South American themes.  The feature documentary film Walt & El Grupo uses this framing device to explore inter-American relations, provide a rare glimpse into the artists who were part of the magic of Disney’s “golden age” and give an unprecedented look at the 39 year-old Walt Disney during one of the most challenging times of his entire life.