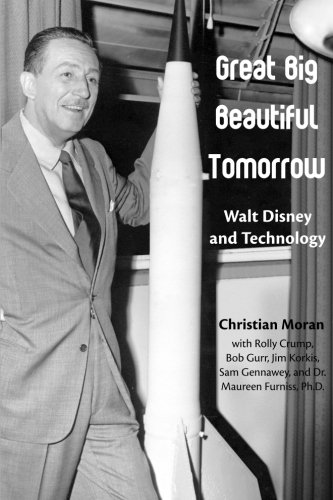 Walt Disney and the Pursuit of Progress

Walt Disney is well-known for animation, theme parks, and Mickey Mouse. But his real passion was technology, and how he could use it to shape a better, prosperous, peaceful future for everyone.

From Walt's start in the 1920s as a struggling cartoonist to his unrealized dream of EPCOT, documentary filmmaker Christian Moran tells the amazing story of how technology created by Walt and the Disney Studio entertained and changed the world.

With lengthy recollections from Rolly Crump and Bob Gurr about their many years working for Walt, along with analyses from Disney historians Jim Korkis and Sam Gennawey, and animation historian Dr. Maureen Furniss, Ph.D., this book adaptation of Moran's forthcoming film, Great Big Beautiful Tomorrow, features:

Find out how Walt Disney shaped the future while entertaining the masses, and then catch the film when it's released in 2015.