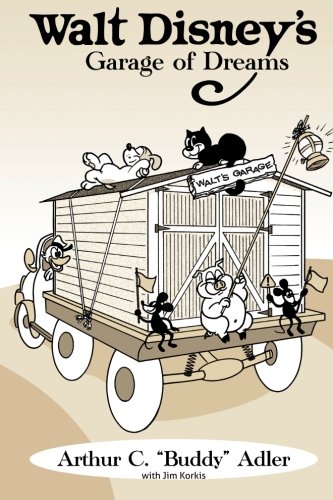 When Walt Disney took up residence in California, he did some of his first animation work in his uncle Robert's ramshackle garage. He soon moved to better quarters, the garage left behind, forgotten.

Until, six decades later, Disney executive Art Adler heard on television that the garage—which he knew had once been Walt's—was being auctioned. The Disney Company had no interest in it. Whoever bought the garage would likely demolish it and use the lot for something else. So, Art made it his mission to save Walt's garage.

In Walt Disney's Garage of Dreams, which Art completed shortly before his death in 2014, Art shares the history of the garage, his tireless efforts to save it, and a unique insider's look at his ten-year career with the Disney Company, from the perspective not of an animator or an artist, but that of an executive.

Here's just some of what you'll find inside Walt's garage:

This is your chance not only to learn where Walt set his feet upon the path to greatness but also get a rare peek into the "suit-and-tie" side of Disney.