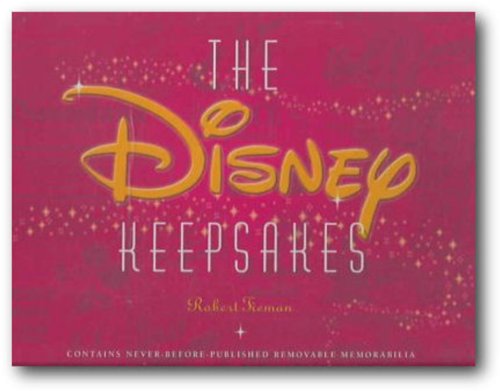 In The Disney Treasures, author Robert Tieman led readers on a tour through some of the highlights of Walt Disney's career and company, from his early sketches and biography to the beginnings of his last projects at Walt Disney World and the building of an international audience for Mickey and friends. In this second volume, The Disney Treasures: Volume II, Tieman returns to the archives to fill in the history of Disney during Walt's lifetime, fleshing out some of the early stories with more details and interesting side projects and also visiting fan favorites that were neglected in the first volume. Featuring more fascinating and never-before-seen removable facsimiles from the Archives, Volume II will be arranged chronologically, as was The Disney Treasures, with each spread covering a different topic in the Disney story. Likewise, the design will capture the same sense of whimsy, fun, and elegance that the first volume did. Volume II will also be produced at the same specs as the first volume, but will not include a CD. Volume II will finish the history of Disney during Walt's lifetime, positioning The Disney Treasures