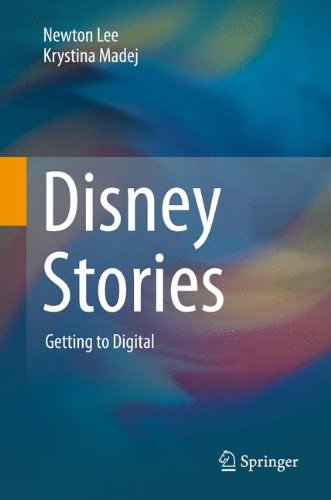 Disney Stories: Getting to Digital explores how Disney, the man and the company, used technological innovation to create characters and stories that engage audiences in many different media, in particular in Video Games and on the Internet.

Drawing on Disney films from the twenties and thirties, as well as the writings of historians, screenwriters and producers, Disney Stories: Getting to Digital explains how new film and animation techniques, many developed by Disney, worked together to evolve character and content development and produce entertaining stories that riveted audiences.

Through an insider’s perspective of Disney’s legendary creation process, the book closely examines how the Disney Company moved its stories into the digital world in the 1990s and the virtual, online communities of the 2000s. By embracing the digital era, Disney led storytelling and technological innovation by granting their audience the unique opportunity to take part in their creation process through their online games, including The Lion King Animated Story Book, Disney Blast and Toontown.

Disney Stories: Getting to Digital is intended for Disney fans and current practitioners looking to study the creation process of one of the most famous animation studios in existence. Professors teaching courses in new media, animation and interactive storytelling will also find this book a valuable asset.