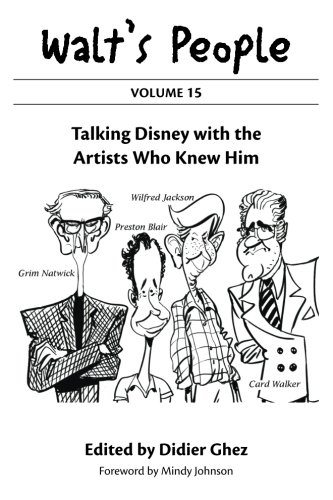 With each volume in his monumental Walt’s People series, Didier Ghez reshapes and invigorates Disney history by presenting his latest crop of conversations with Disney artists and animators both familiar and unknown. Each conversation unlocks new stories, new memories, and sometimes new controversies about the Disney Studio, the Disney theme parks, and of course, Walt himself.

You don’t need to be a Disney scholar to enjoy these glimpses into Disney’s past. You’ll find Walt’s people charming, down to earth, and even bawdy at times. Above all else, they know how to tell stories, and they know stories that you’ve never heard before.

And twenty more! Nothing beats Disney stories told by the people who lived them, in their own words. Get your Disney fix from the source!