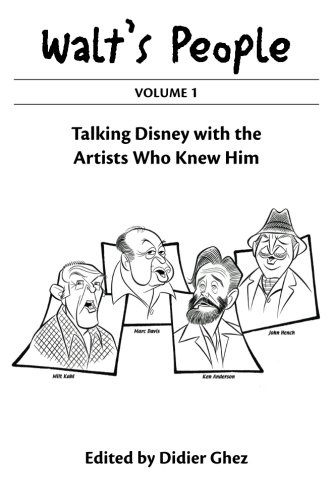 Accessible but authoritative, the Walt's People series is the world's best-known, most widely used multi-volume resource about Disney history.

In volume 1, Didier Ghez and a dream team of Disney historians, including Jim Korkis, Michael Barrier, JB Kaufman, Robin Allan, Paul F. Anderson, and many others deliver another priceless payload of stories from Disney artists, animators, executives, and Imagineers who worked with Walt Disney, or had key roles in the development of Disney films and theme parks.

For Both Fans and Scholars
The interviews and articles in Walt's People represent a treasure trove of research for Disney scholars—but more important, they're entertaining, down-to-earth stories that will please any fan eager to learn more about Disney. You don't need a Ph.D. in Disney Studies to enjoy the recollections and anecdotes from such Disney luminaries as Marc Davis, John Hench, Ken Anderson, Bill Tytla, and over half a dozen others.

From the Mouth of the Mouse
Among the Walt's People you'll meet in this volume: